My second bout of bonsai sightseeing in Taiwan was at Wan Jing Yi Yuan garden. Prior to visiting the garden I had seen my great aunt who as a hobby does calligraphy and painting. Below is some of her work:

Her teacher apparently is a very talented and skilled having received recognition and awards for his work. Below is a reverse ink scroll of the Heart Sutra. You can find prints of these but this one is completely done by hand.

Having learned that I enjoy bonsai, my great aunt recalled some pictures her friend sent her in the past depicting bonsai in a garden. She found the pictures and later referred us to a garden to check out.

The garden we visited was located in Changhua. This city is one of the oldest, among the first Taiwanese settlements when Chinese migrants arrived in the 17th century. In addition to bonsai we were able to see an extensive art collection as well a historic “old town” featuring a Mazu Temple from the 1700s.

Wan Jing Yi Yuan was a private garden and collection formed by a wealthy contractor. After ammassing such an extensive and large collection and garden he was urged and agreed to make it public. Apparently his inspiration for the garden was to showcase and display Taiwanese trees after he saw a 100 year old camphor tree that was cut down still trying to grow and sprout buds. The garden not only included native trees but an extensive collection of antiques and art imported from China as well as bonsai. The garden was well maintained and aside from the mosquitoes was very enjoyable to walk through. Gnarly twisted junipers were the most common bonsai there, but there were also ficus, podocarpus, and bougainvillea. I believe the bonsai comprise of trees developed in Taiwan as well as some imported from Japan. Please enjoy the pictures 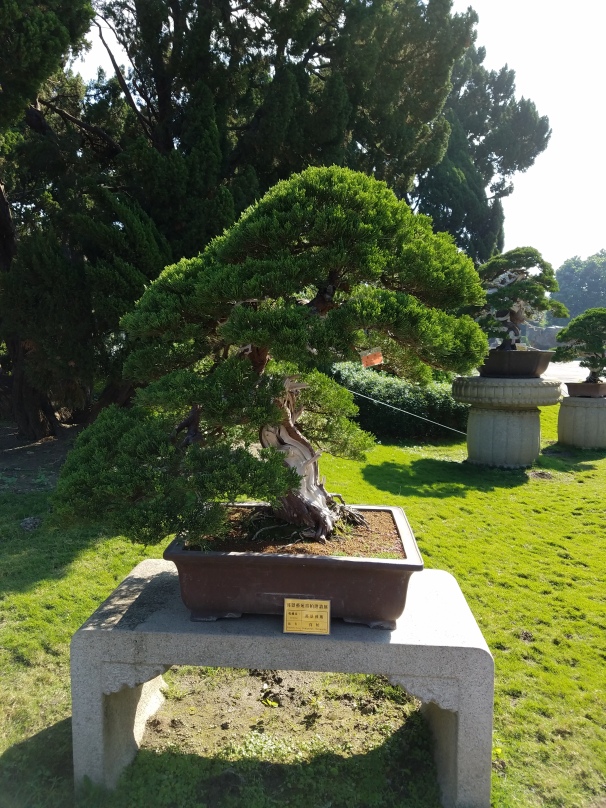 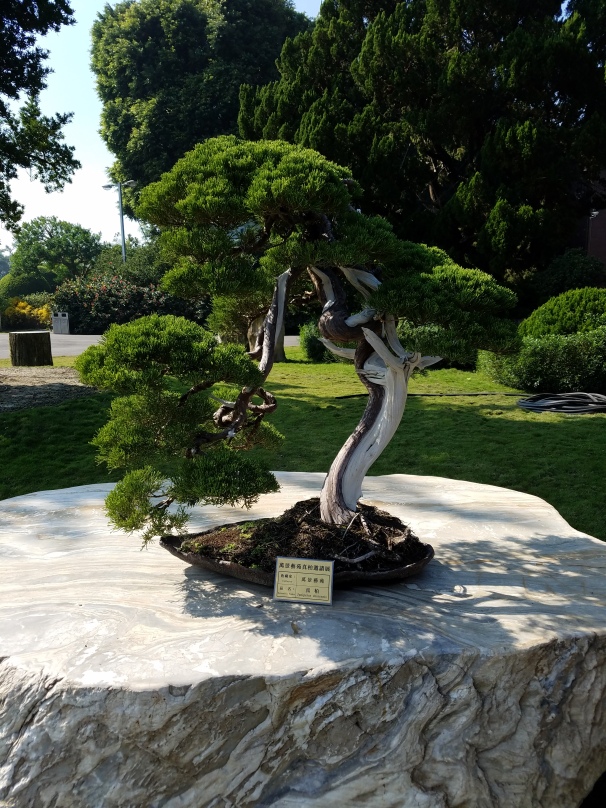 They also had a large section of the garden dedicated to podocarpus trees which are native to Taiwan. Unfortunately I can’t find these pictures but I do have some of large podocarpus bonsai: 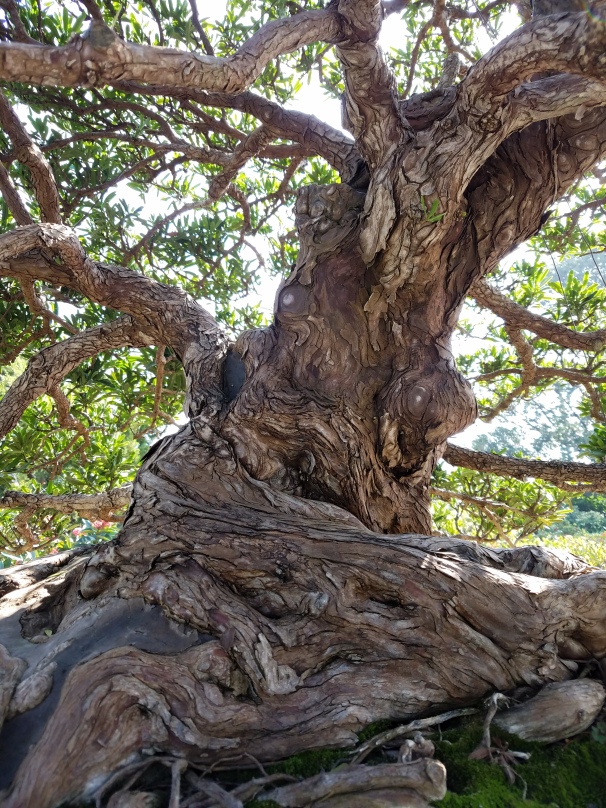 Massive ficus microcarpa. You’ll only see a ficus grow this big in a humid tropical environment which Taiwan can provide. 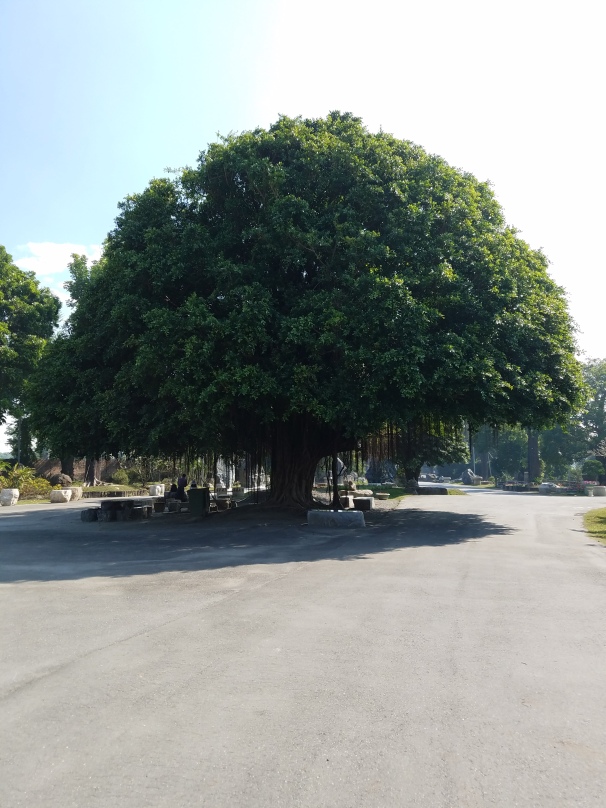 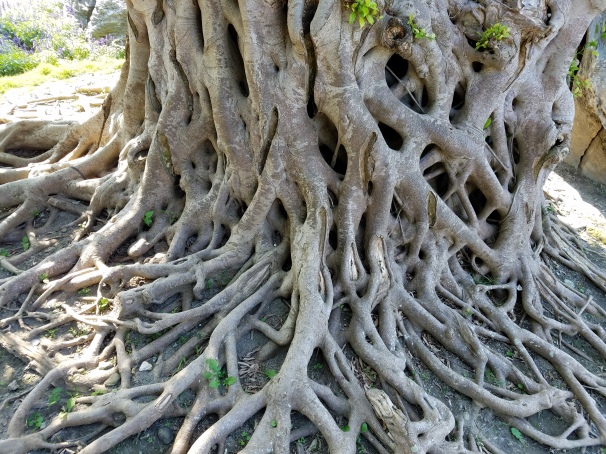 Maybe that was too big. How about we scale it down: 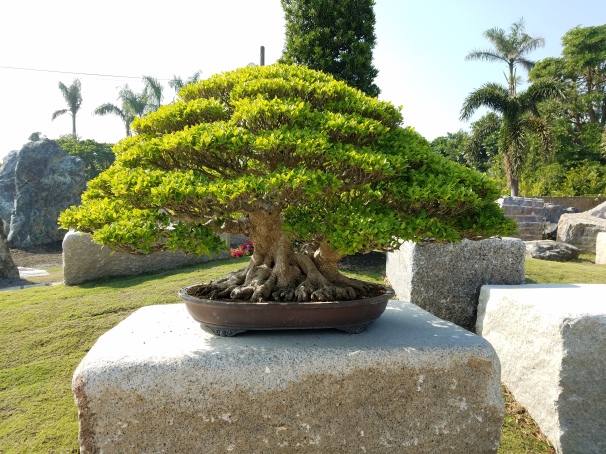 Check out some more trees: 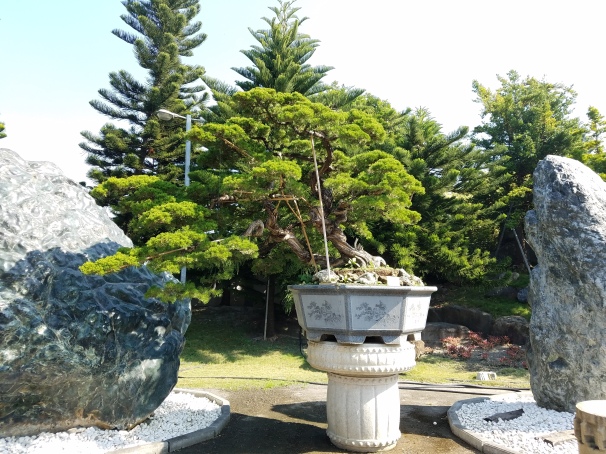 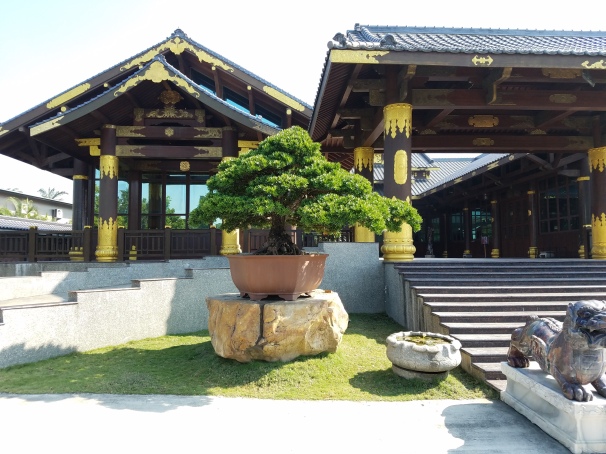 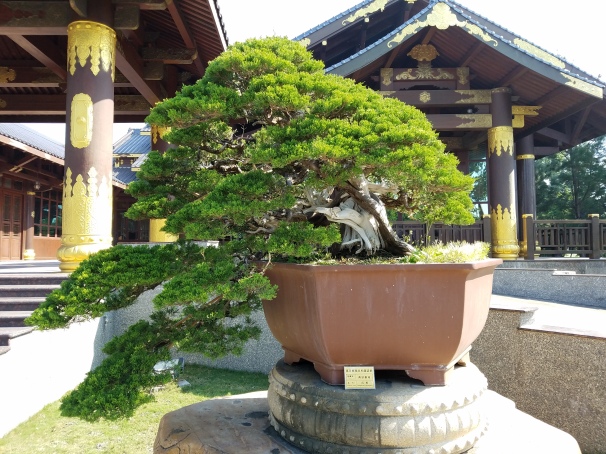 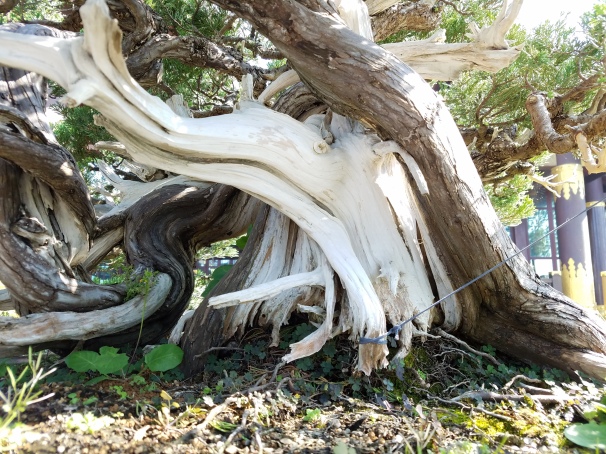 My favorite juniper out of the many displayed 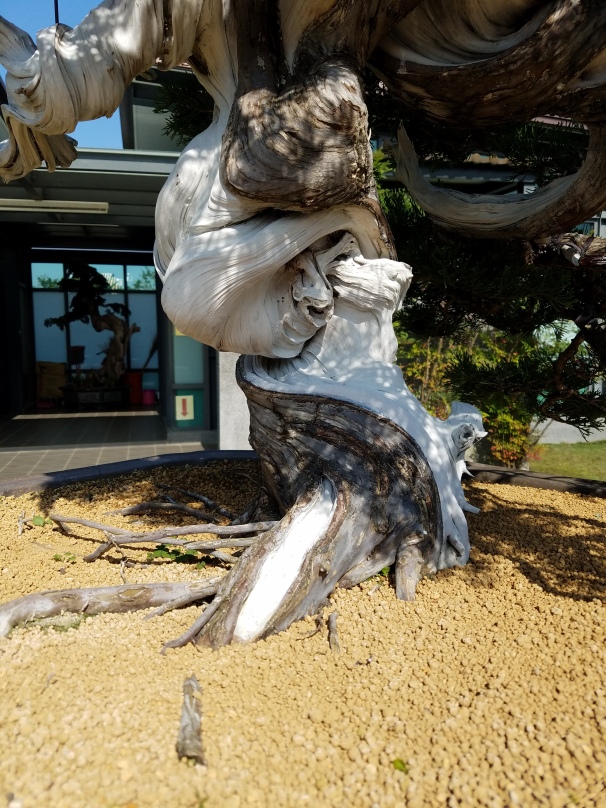 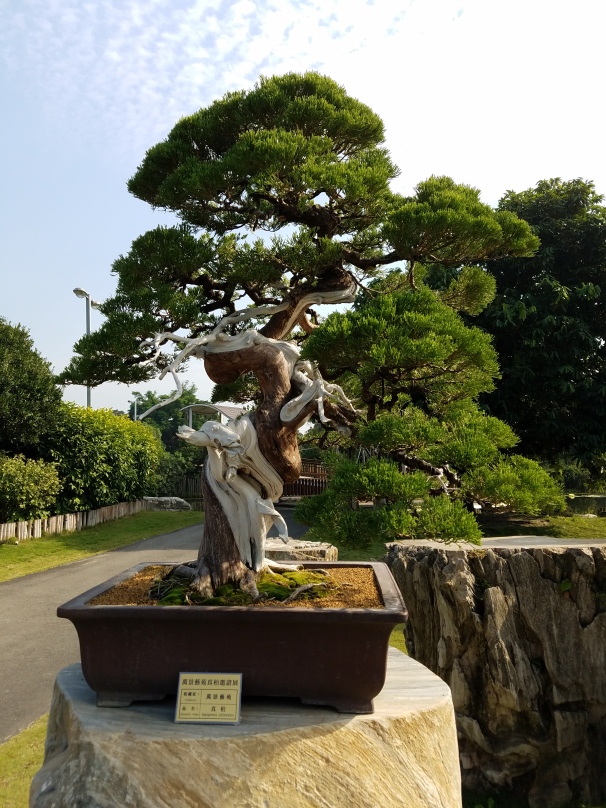 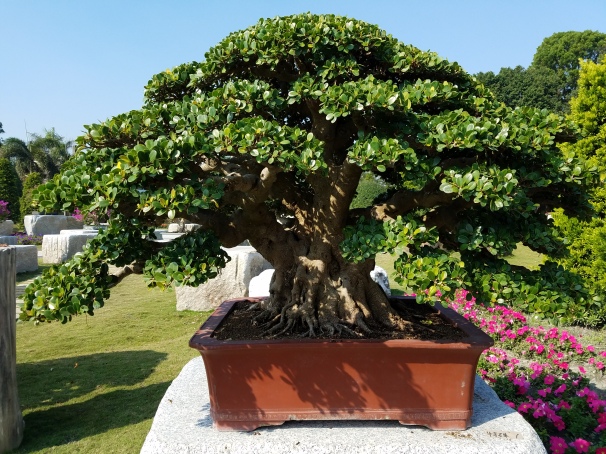 A great looking pot, don’t have any information on it though

His extensive collection of antiques and art was housed in several wooden temples. Many of these items were bought from private collections and imported into Taiwan. To do so now would be much more difficult not to mention the manner of items imported would cost significantly more to purchase relative to when they were brought in a few decades ago. Here are just a few shots of what they had inside.This only a fraction of the collection they displayed: 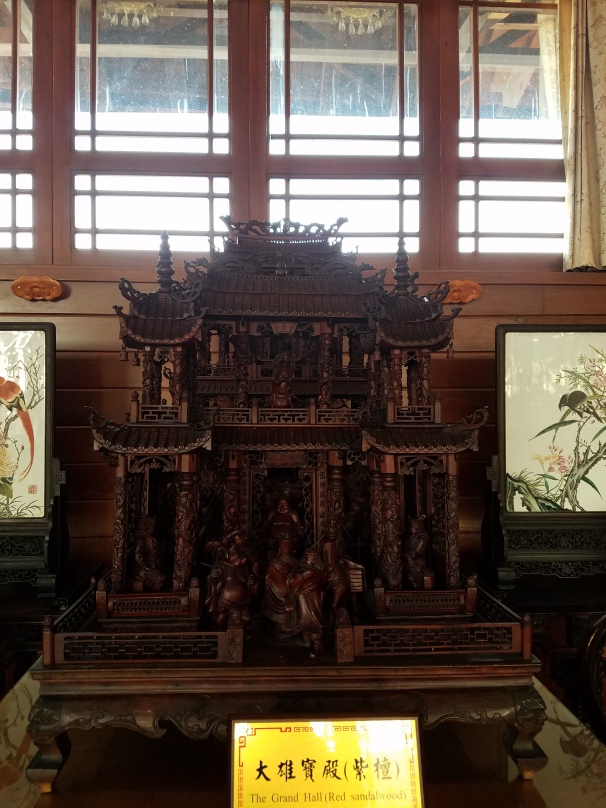 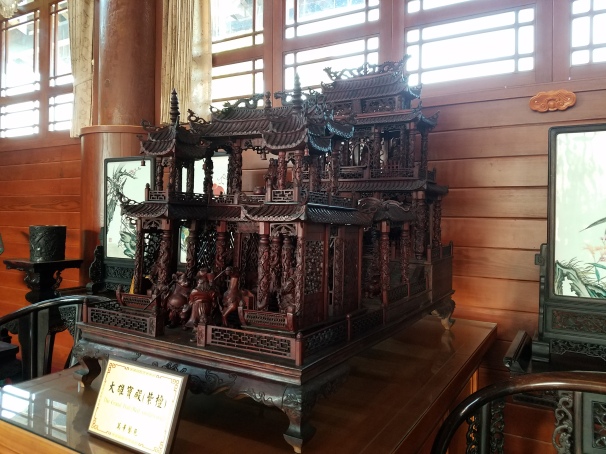 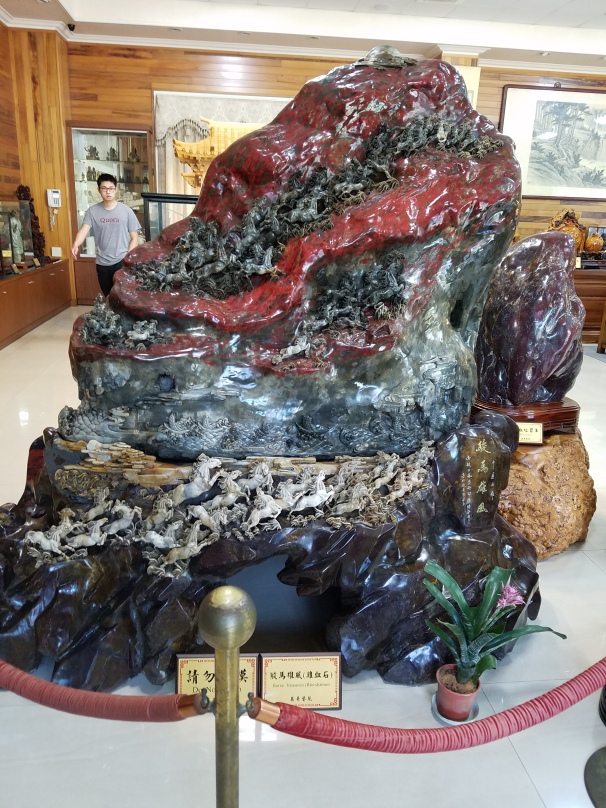 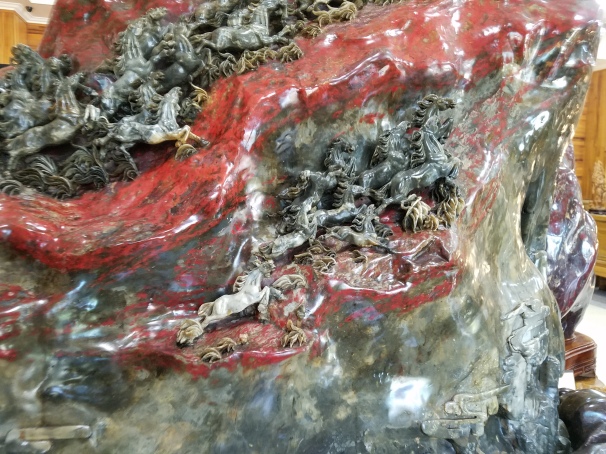 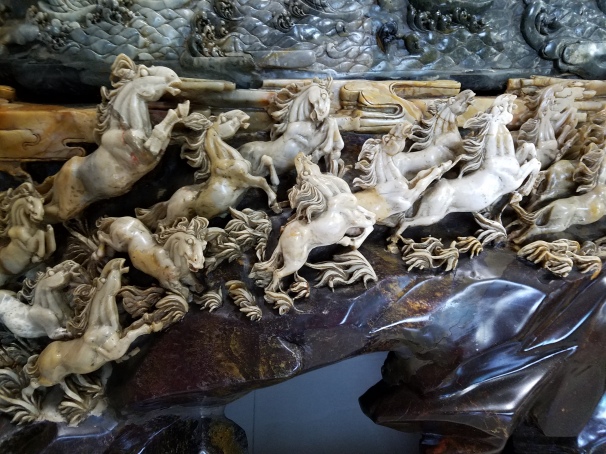 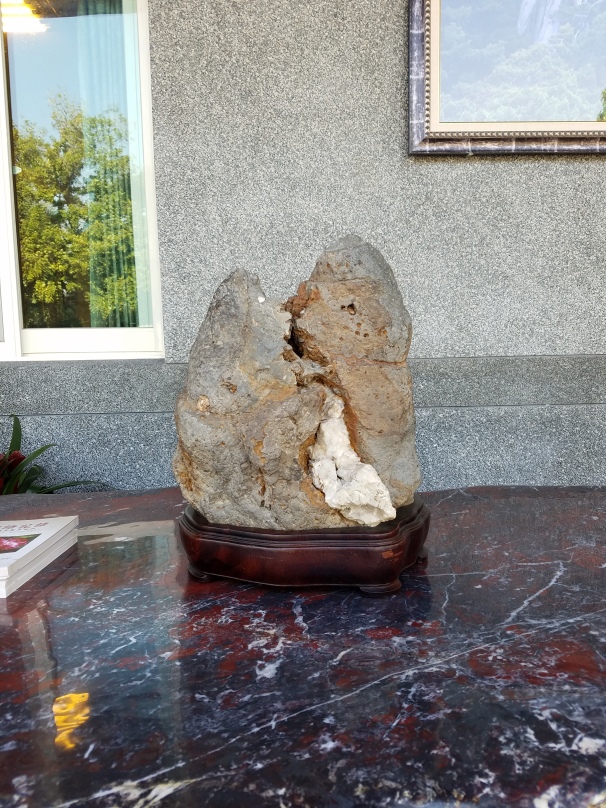 Lastly here are a few shots of the Lukang Mazu Temple. At this time I ran out of memory on my SD card so there aren’t too many shots to show. Mazu is a highly respected revered goddess in much of Taiwan. We can trace its roots to the Chinese migrants coming from Fujian in the 17th century. Because seafaring was quite treacherous at that time early many would pray to and respect Mazu. That same adoration was carried over to Taiwan and its descendants hundreds of years later. The temple below was built in 1725, but was renovated in the 1920s during Japanese occupation of Taiwan. Many people visit the temple to pay their respects, pray, or to ask Mazu questions through a kind of ritual. 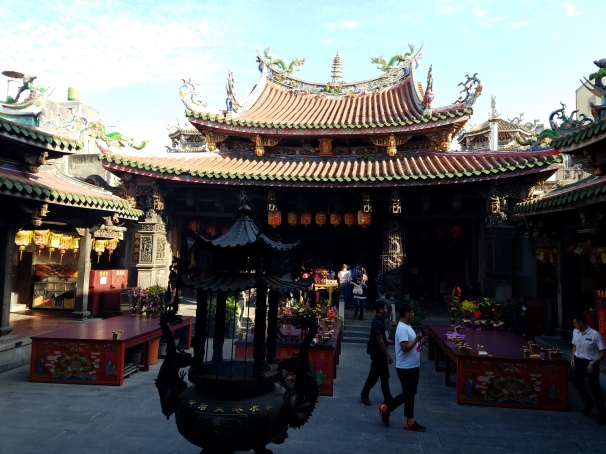 That’s it for now! I’ve hoped you enjoy the pictures and please feel free to leave comments and feedback. I’ll begin putting up my own trees and projects soon so please subscribe and watch the blog in the coming days.